Gunnerkrigg Court is an institution located somewhere in the United Kingdom. It resembles an urban-industrial complex, and it is at least the size of a small city. Among other things, it serves as an average-sized boarding school, but the Court's true nature and primary purpose are unknown. The Court serves as the primary setting of the webcomic Gunnerkrigg Court.

Ages ago, a group of humans came to Gillitie Wood in order to seek refuge from some unrecorded reason.[1]

The humans were allowed refuge by the creatures of the forest, and together they worked to create a place where they could live in peace. It was then that Gunnerkrigg Court was founded.[2]

The court first took root in what was once the very heart of Gillitie Forest.[3] Important figures such as Sir Young, Steadman, Diego, the Artilleryman,[4][5] as well as several forest creatures were present[6] as the court was grown from "the Seed Bismuth."[7][8]

However, tensions soon rose between the humans and forest creatures. The humans in their unending quest for knowledge, grew tired of the wood's etherial tenet. They sought explanations for the workings of the universe -- they sought control, things that the magical creatures of the forest could not provide.[9]

The court became more focused on the sciences, developed a high knowledge of robotics through Diego, and so they created Robots. After some time, the court tried to tame the animals of Gillitie Wood, and fighting broke out. When Coyote arrived, he scored the earth and divided the forest from the court, creating a ravine later called the Annan Waters.[10] Coyote then promised not to interfere with the court's side of the divide.[11] And so, the more technological Gunnerkrigg Court was placed on one side, and the more etherically influenced Gillette Wood the other.

After Diego's death, there were no one to build and repair the current robots, so the ancient robots developed simpler models and then hid away in The Tomb. The court then did something to the waters, so nothing could cross.

By the time Chapter 22: Ties starts, a bridge has been constructed by the court, so certain people could cross. [12]

Right after the start of main-story, Reynardine escapes but crashes into the roof of the school, resulting in an emergency reaction from the court. Reynardine is quickly recaptured, but the next day he manages to escape in the form of a plushie animal. Since then he has been held as a possession by Antimony Carver.

After some time, the forest again tries to infiltrate the court, using Robot with a hidden shadow man. When Reynardine is found, the shadow forces Robot to grab him. James then arrives and destroys the shell of the robot, subsequently killing the shadow man as well. Before being hit, Robot pushes Antimony off the bridge. This causes her to encounter Jeanne and the fairies for the first time.

At some point before the end of this school year, the court started looking for a new medium in either Andrew Smith or George Parley. They both are tutored in mediation by Jones.

At the end of the same school year, the forest had called a meeting with the court. Both Coyote and Ysengrin showed. During the meeting Ysengrin becomes enraged and tries to attack Annie, but is prevented. Coyote forcefully stops Ysengrin, and they leave.

As a result of her interactions with Coyote, and after the new school year has started, Antimony Carver starts taking lessons with Andrew and George in mediation.

Roughly halfway through the school year, some of the Robots becomes very interested in a tomb found with a shrine to Jeanne. Robot spreads the rumor that Katerina Donlan is an angel that will guide the robots into a new way of existence.

One student, namely Jack Hyland, has become insane by influence from Zimmy and breaks into The Power Station to start the extraction process to lure Zimmy out.

The next year, the law enforcers of the robots accepted Katerina as an angel and the Headmaster of the court picked Andrew to be the new court medium. They also have James give George lessons so she can become the Protector of the Court one day. Antimony was picked to be the forest medium by Coyote.

As the new medium of the forest, Antimony met Ysengrin's army and proved her being part fire elemental in a fight against some of the more unruly occupants of the forest.

The school has a heavy focus on the sciences. Uniforms are required every day but weekends, holidays or class trips. Boys and girls can wear white collared shirts and black shoes. All girls are seemingly required to wear forest green skirts, beige jumpers and white stockings. Boys wear forest green ties and black slacks. Athletic wear is limited to a white shirt and black shorts.[13]

The school is organised into four houses, Queslett, Thornhill, Chester, and Foley. It is not known whether entry into any of the houses is based on bizarre, judgmental criteria as one might see in popular culture, or if admittance is based on far more mundane factors.

Years run from 7th to 11th plus a Sixth Form. Each year in each house is split into two classes, North and South.

The narrative largely follows Antimony's Queslett class. Gamma and Zimmy are in Chester, as were Anja and Surma back in the day (before being moved to Queslett). Parley is three years ahead of Antimony in Thornhill. Foley appears to be for beings from Gillitie Wood who have passed the Test to become human, most notably the fairies Red and Blue.

Gunnerkrigg Court and the surrounding premises are largely empty, and are the setting for a series of industrial experiments in extracting etheric energy from the Aether, purifying that energy, and channeling it into an unknown location further into the court. This is done on The Power Station. Unrevealed yet is the progenitor of this system or its ultimate purpose, and the effects on the Aether of a consistent energy drain are also unexplored. Another sort of research the Court is funding is studying of plants from the forest, this is done in enclosed rooms.


Mediums for the court are used as diplomats between the Court and Gillitie Wood when the need arises. An exemplary medium would theoretically be an individual who can remain unbiased and objective, but the court has been known to manipulate their mediums for their own goals.

Protector of the Court

Since the conflict between the Wood and Court, relationships between the two have been neutral but tense. About thirty years prior to the main-story, the court's school was attacked by two bound dogs ridden by Shadow People. Luckily, the Protector of the Court, Mr. Thorn destroyed one of the dogs and chased the other one away.

Roughly five years prior to the start of the comic The court became worried about Renard gaining great powers from Coyote to impress their current Medium Surma Carver and devised a plan to lure him to the court to be captured. This resulted in him possessing a young man working on some sort of survey in the forest for the court and subsequently possessing the current Protector of the Court, James Eglamore's Rogat Orjak, Sivo and later being captured.

With the Outside World

During World War Two, the court offered some assistance in the war effort, granted no records were kept of their participation. Presumably, the court had opened up a school by that time. 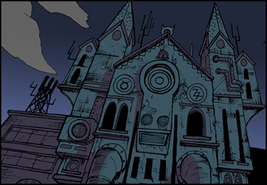 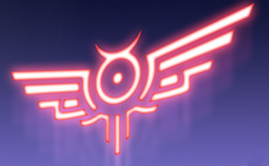 Etherically summoned Symbol of the court, used to respond to the forest's "request" for a meeting. 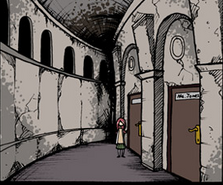 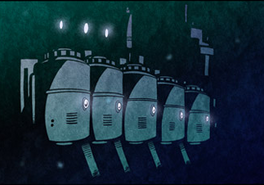 Eglamore's Office
Add a photo to this gallery

Retrieved from "https://gunnerkrigg.fandom.com/wiki/Gunnerkrigg_Court?oldid=12527"
Community content is available under CC-BY-SA unless otherwise noted.